About Us
Promotions
PowerView® Automation

Program your window treatments so that they adjust themselves automatically, creating the perfect room ambiance morning, noon and night.

Find the right custom vertical shades for any room in your home. Search our most popular window shades.

Cellular honeycomb shades from Hunter Douglas. An energy-efficient design that traps air in distinct pockets to help keep your house cool in the summer and warm in the winter.

Custom-made fabric Roman Shades by Hunter Douglas, combining the look of soft folds with the ease and convenience of a shade. Custom-crafted.

From controlling light to their stylish, sleek look, wood blinds have been a favorite among homeowners for decades.

Find the perfect metal blinds for any room in your home. From controlling light to their stylish, sleek look, metal blinds have been a favorite among homeowners.

Enjoy the beauty of natural light and make any space more captivating, with the following light-enhancing shades.

Want a darker room for better sleep or optimal movie binging? These shades and drapes help block light at the window.

Live comfortably and save energy with these shades. Designer to keep a room warm in the winter and cool in the summer.

Manage natural light and add privacy with these window treatments that work well for sliding-glass and patio doors.

For privacy and natural light, position shades from the top, bottom or both. These shades have this feature available.

We offer a wide selection of top-quality paint, primers and stains.

Our measuring and installation service will ensure an exact fit for your window coverings.

See current and past decorating ideas from our 'Fresh Ideas' Newsletter.

See window covering solutions for a variety of needs and kitchen styles.

See blinds and shades for angled, sloped, and triangle-shaped windows.

See blinds and shades for arched, half-circle or half-moon windows.

See blinds and shades for bay, bow and corner windows.

See blinds and shades for patio and sliding-glass doors.

See all options for automated blinds and shades.

See our options for blinds and shades that best control light.

See blinds and shades that help save energy at the window.

See blinds and shades for light filtering and UV protection.

See blinds and shades that are safer for children and pets.

Get Help Finding Your Perfect Shade
Request A Consultation 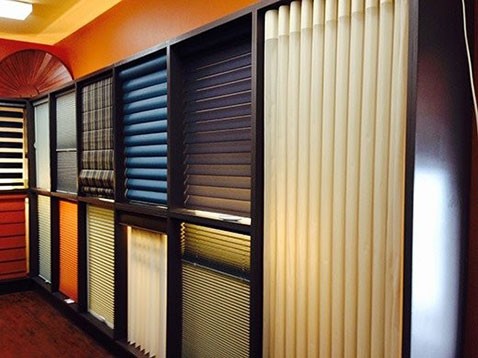 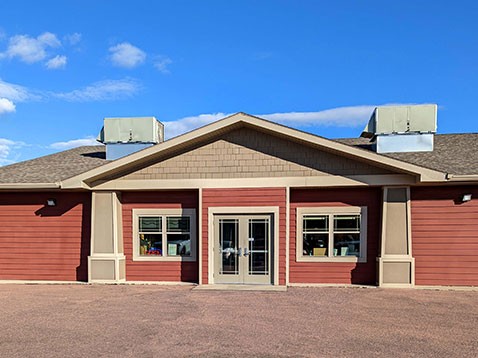 Hirshfield's Sioux City Painting & Decorating is one of the largest independent window treatment retailers in the Midwest, we've got loads of experience and a love for home fashions. Our designers have a keen understanding of color, style and function - but more importantly, they know how to listen, paying particular attention to your personal taste, colors, and your space requirements. 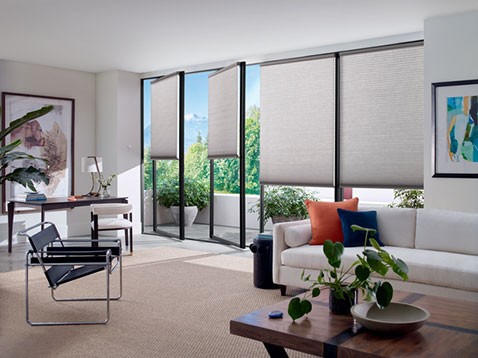 Our experienced design professionals will help you select window coverings that meet your needs for privacy, light control, energy efficiency, and child or pet safety. We will also help you choose colors, textures and finishes that complement your interior décor beautifully. Save up to $1,200 on eligible Hunter Douglas Duette® Honeycomb Shades as part of the federal tax credit that supports the purchasing of energy-efficient products.

Prioritize energy efficiency as you consider interior home updates, with the largest portfolio of window treatments eligible for the federal tax credit, without compromising style.

Rebates starting at $150 on qualifying purchases. With PowerView® Automation, you can schedule window treatments to open and close when you want them to. Available on almost all of our solutions, PowerView is also compatible with smart home systems.

Enjoy 65 pages of fresh takes, creative ideas and smart solutions for your windows with our online brochure. It's the ideal introduction to Hunter Douglas window coverings, available at Hirshfield's - Sioux City. WE ARE YOUR LOCAL HUNTER DOUGLAS DEALER

You aren’t limited to paint when it comes to adding a little flair to walls and ceilings. Click below to learn more.

More on Walls and Ceilings

Live comfortably year-round with energy-efficient shades. Tap the link below to learn more.

Dressing Up Walls with Wallpaper

Add some art to a room—without a frame. Click the link below to learn more.

We're here to help and answer any questions you may have.

Thank you for reaching out, we appreciate it! One of our staff members will contact you shortly.